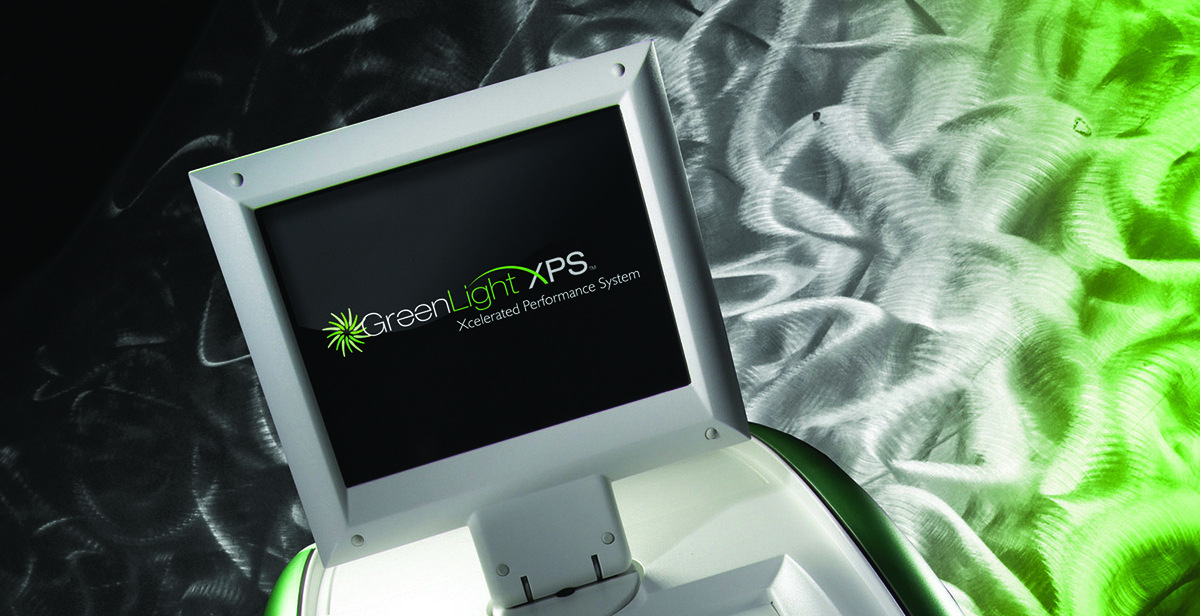 The Greenlight system was developed by Laserscope, then AMS (now Boston Scientific) to treat Benign Prostate Hyperplasia (BPH) through the use of a high power laser. Working initially on the HPS and later carrying much of the work forward in the redesigned XPS system shown below. StudioRed conducted user research to drive its durable, portable design. 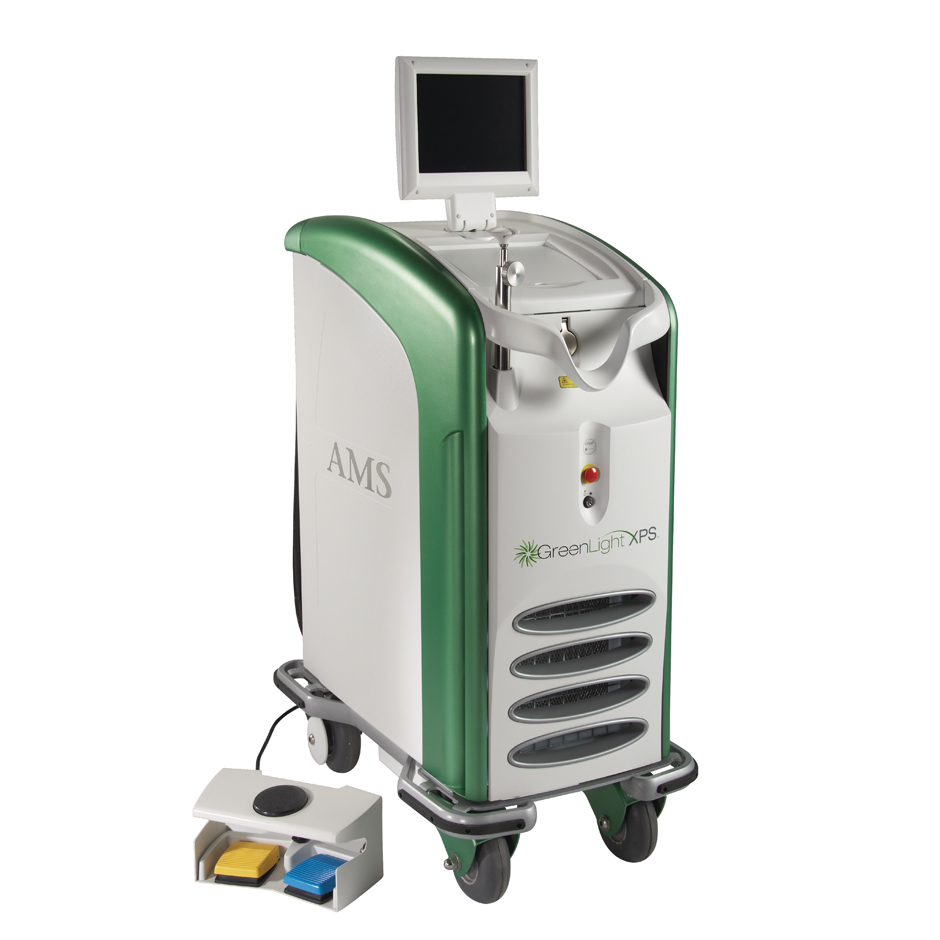 With the exception of the surgical hand piece, the product was designed for use outside the sterile field, managed by nurses but viewed by doctors. In addition to the new AMS branded design language, we also developed the surgical tools and onscreen Graphical User Interface.

Our prototype shop created cast urethane test units and led the in-house production of the first units, proving the concept functionality and beating the scheduled delivery.

Extensive surgical research was completed along with mobile transport studies. The result was implemented into unique surgical handle design which lead to significant and immediate market acceptance. Also new bumper and strap down methods were integrated into the system.

The User Interface research lead to changes in screen layout based on information hierarchies, colors and contrast and word length variations including the German language. For use with the yellow lens glasses (safe for this color laser) this intensified the layout challenge.

The design was derived from the surgical scenarios, room layouts, component cooling requirements, access and usage objectives. The unit had to project the screen location to persons both inside and outside the sterile field which drove the display’s articulation but it also had to fold down for van transportation. Service access was optimized through hinged doors which had the EMI skins embedded within them which made access fast and simple

We also had significant ergonomic and human factors optimization of the surgical tool. It wanted to be omni dexterous, easy to clean (vents for fluids), low cost to build and tool. This led to multiple full scale study models that were evaluated by the surgeons. The result were engineered and tooled to deliver a completed production product at StudioRed’s prototyping shop.

The Engineering team worked side by side with AMS to execute the Mechanical Engineering of the Greenlight enclosure. The client developed the laser and chiller system with significant thermal challenges which must be met through openings in the housing. These changed throughout the project and intimate interaction with the ID team made those changes seamless and immediate. The mobility of the system required a significant structural assessment of the handles and bumpers while requiring the collapsing of the rotating and tilting display, flip-up fiber coupler cover, and side access doors with integrated EMI shields. Other than the mounting agreements with the in-house team all engineering was performed through to production ramp-up by StudioRed.

After presentation at its first show, AMS took 300 orders prior to production start. To fill orders prior to the availability of production tooled parts, our prototyping team molded and assembled 60 sets of product housings in UL rated materials, complete with graphics and production paint within 60 days of first prototype. These units were shipped to the customers and did not require replacement.

The Greenlight XPS laser is a revolutionary advancement of the HPS laser system. More powerful and faster than its predecessor, AMS approached StudioRed to create a next-generation product offering using the same production tooling that represented its powerful new technology. Additional tie-down methods were integrated into the new bumper design to update the overall look and functionality of the system. 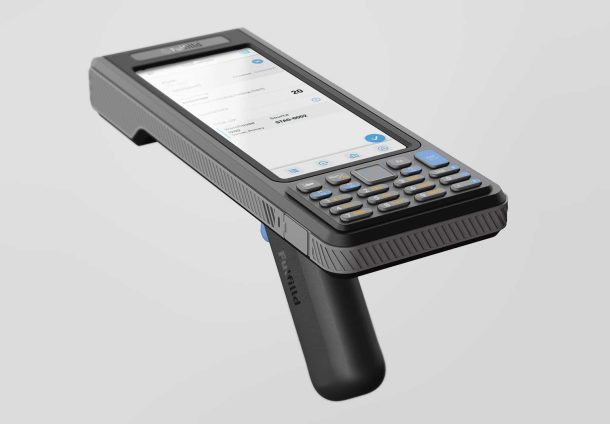