Cloudian has a branded software cloud offering using the Samurai as the iconic image. They asked us to develop a product bezel that would communicate cutting-edge technology, security, speed and reflect a more aggressive form language to meet their users’ persona.

After developing concepts based on samurai’s iconic style, we addressed the visual color scheme and significant airflow requirements. We carefully calculated and studied the airflow for a solution which had no impact on thermal requirements. The long oval pattern was used to get better airflow overall, and gave us another advantage of the color mass not being too dominant. 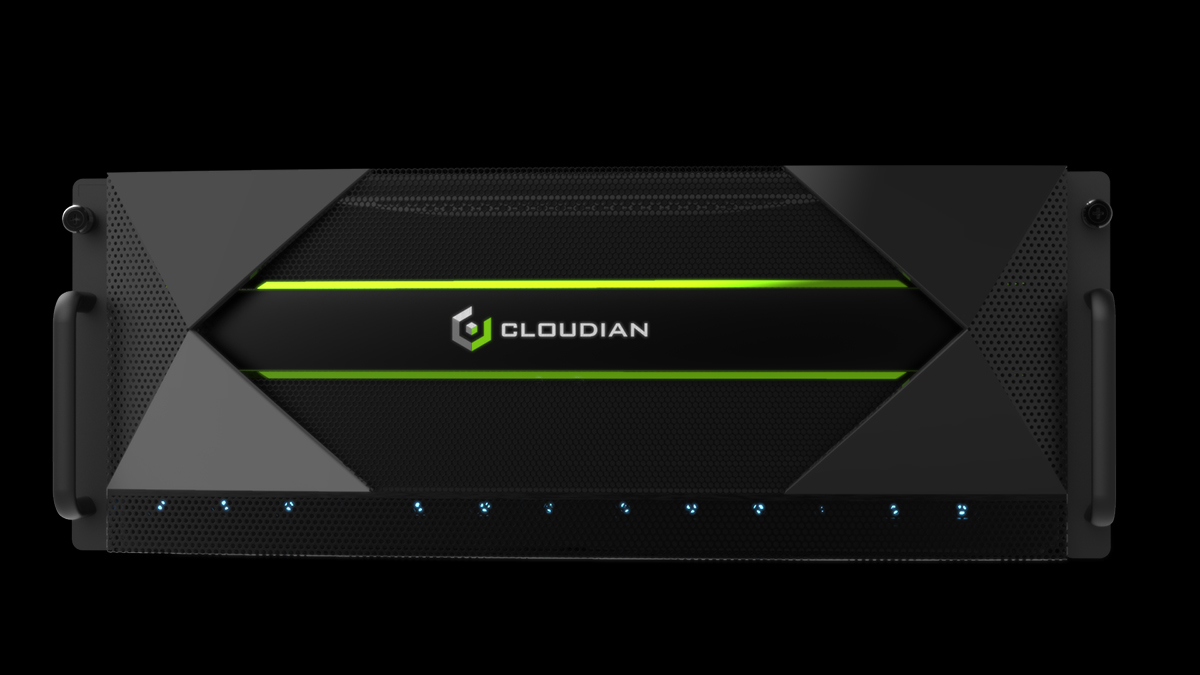 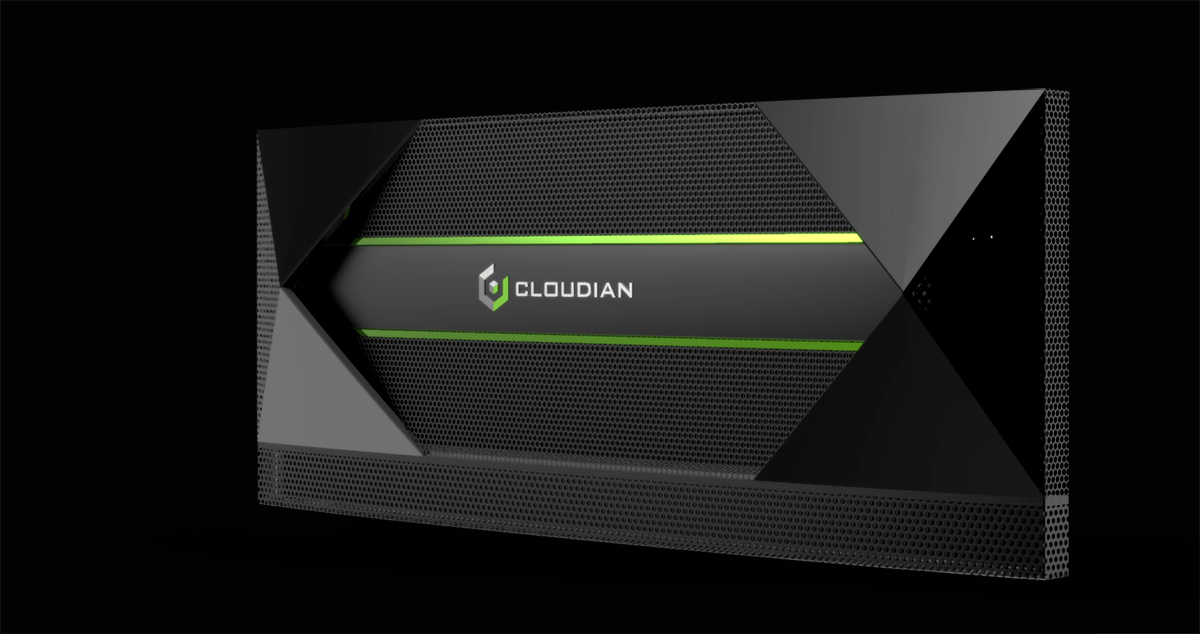 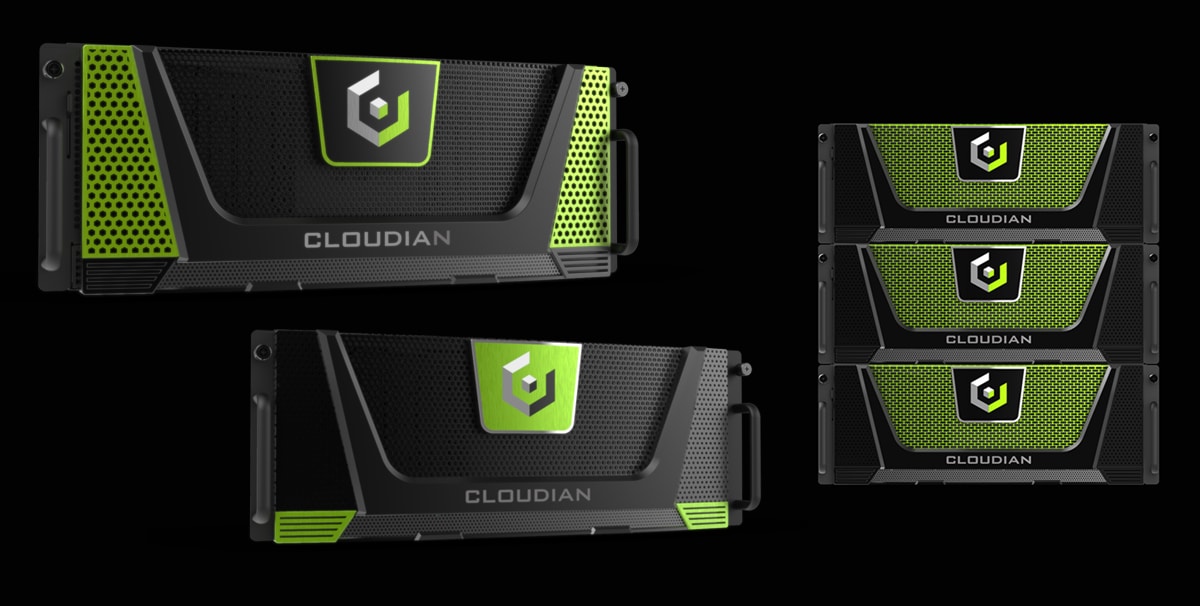 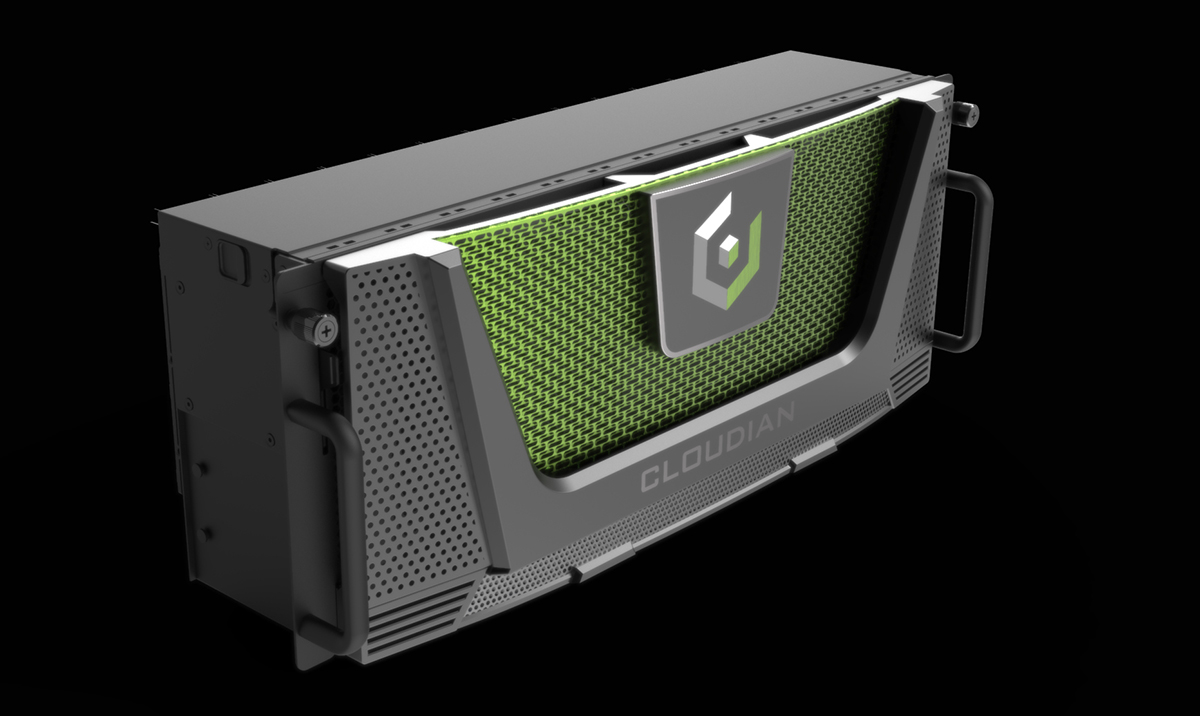 Since Cloudian is an up and coming player in the market, they wanted to easily grab attention of the users in a visually crowded marketplace. The client wanted a large green color block with their brand color. With the oval pattern, the green color was divided with black. That created a large field of bright green, but less overwhelming. During the color study, we focus on ‘Where people’s eyes would look’ because logo placement should be where the users’ eyes go. 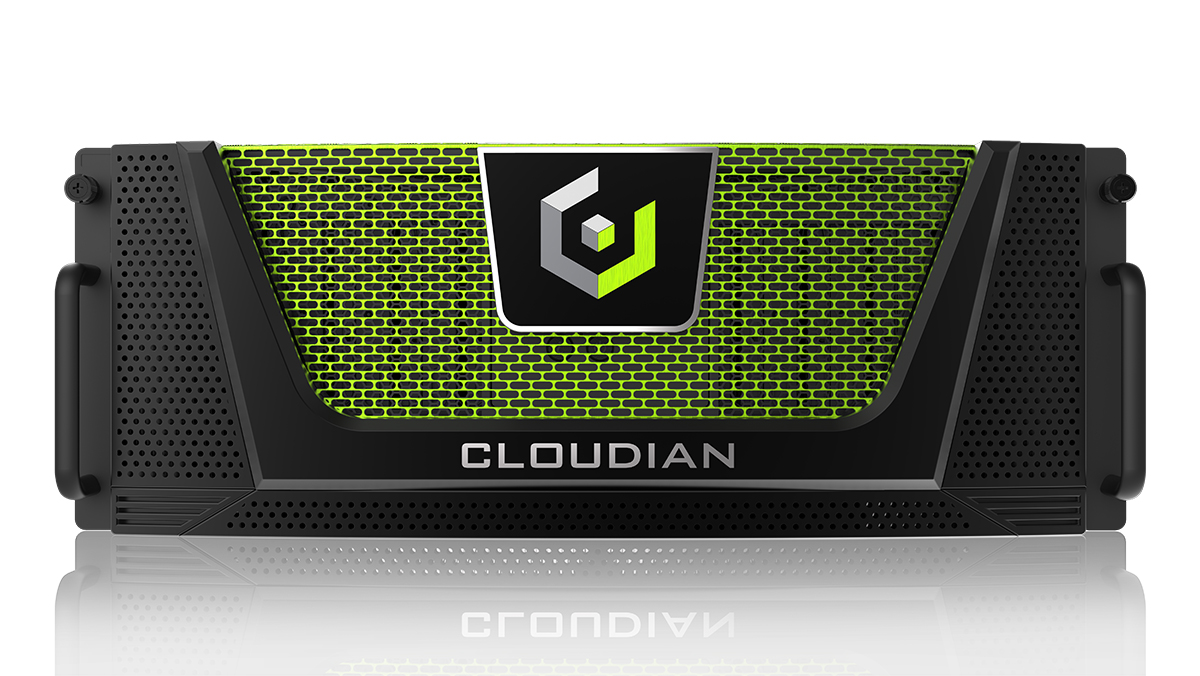 The name badge and logo are the focal point. It resembles a big belt buckle that represent pride of owner. We wanted a high-end look for the logo and company name, so it communicate the reliability of the product. 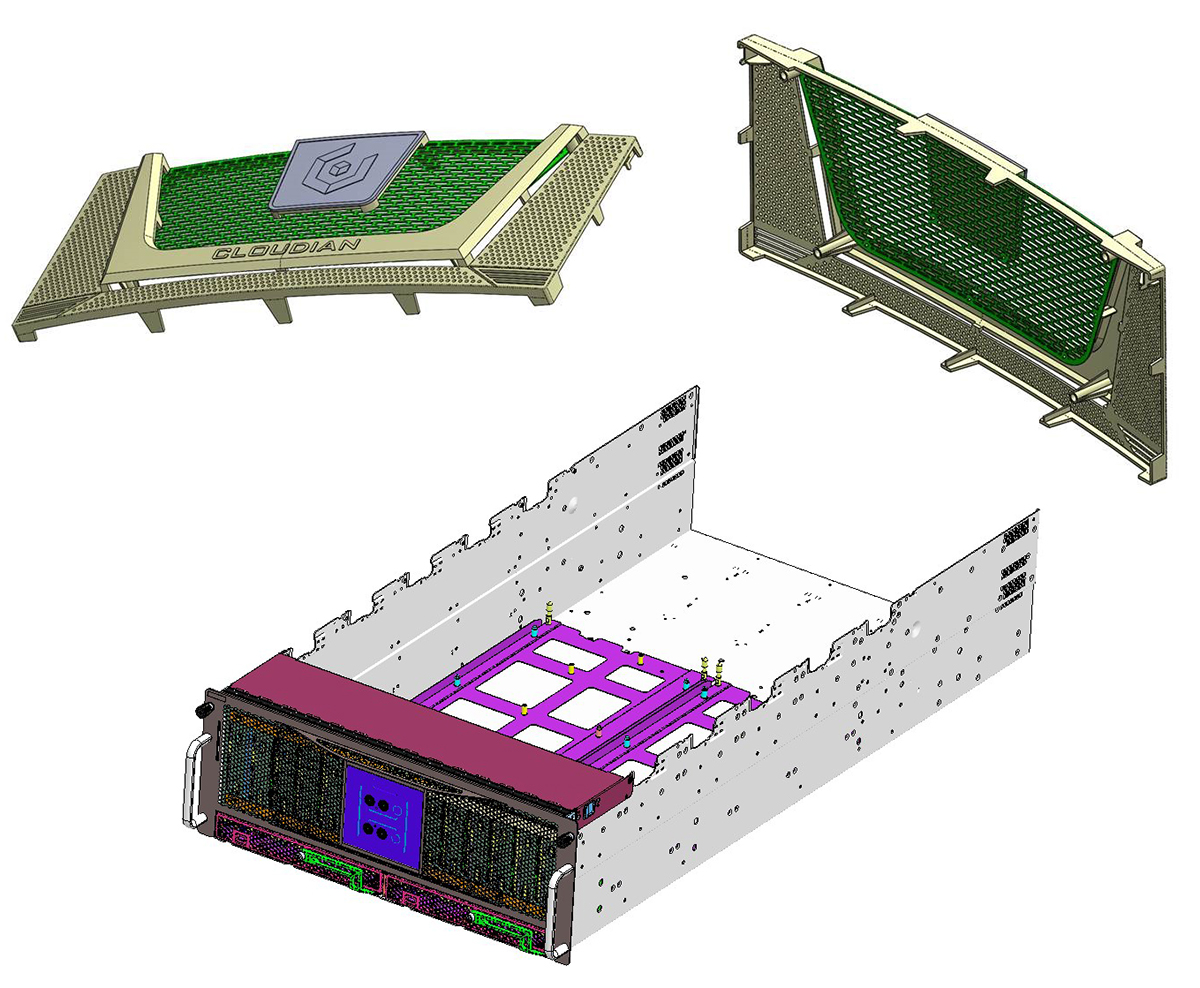 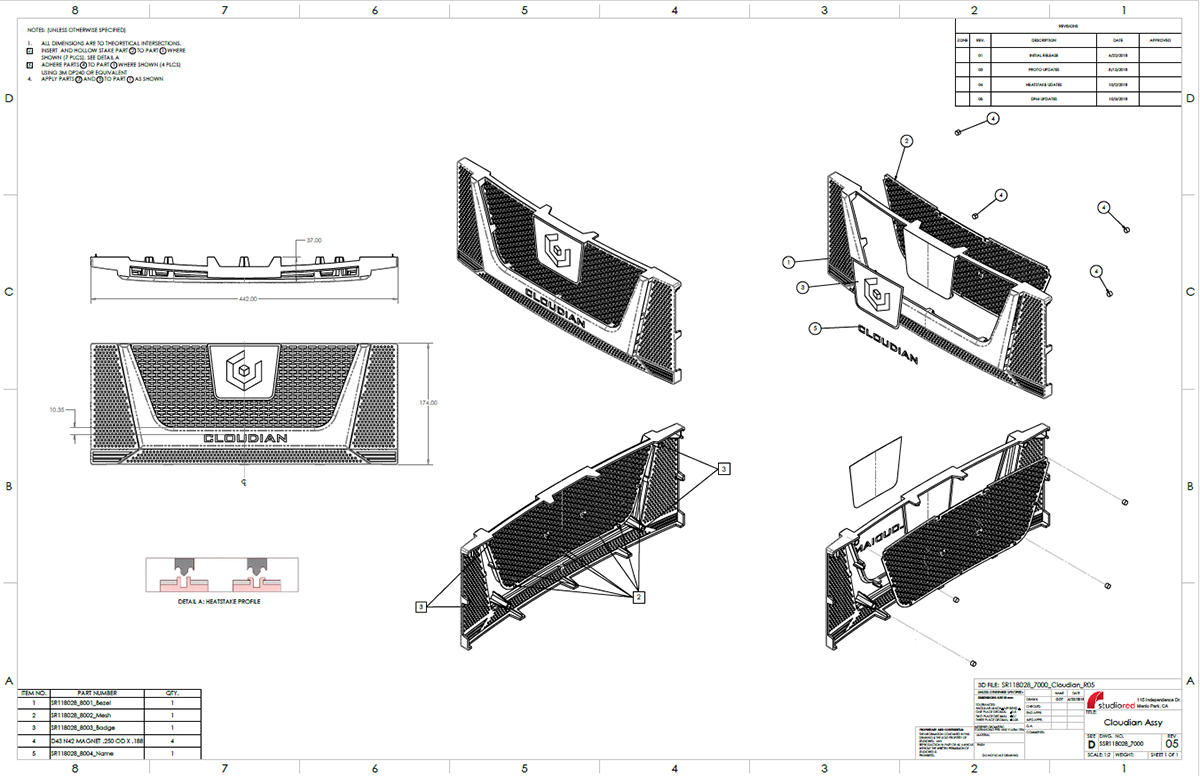