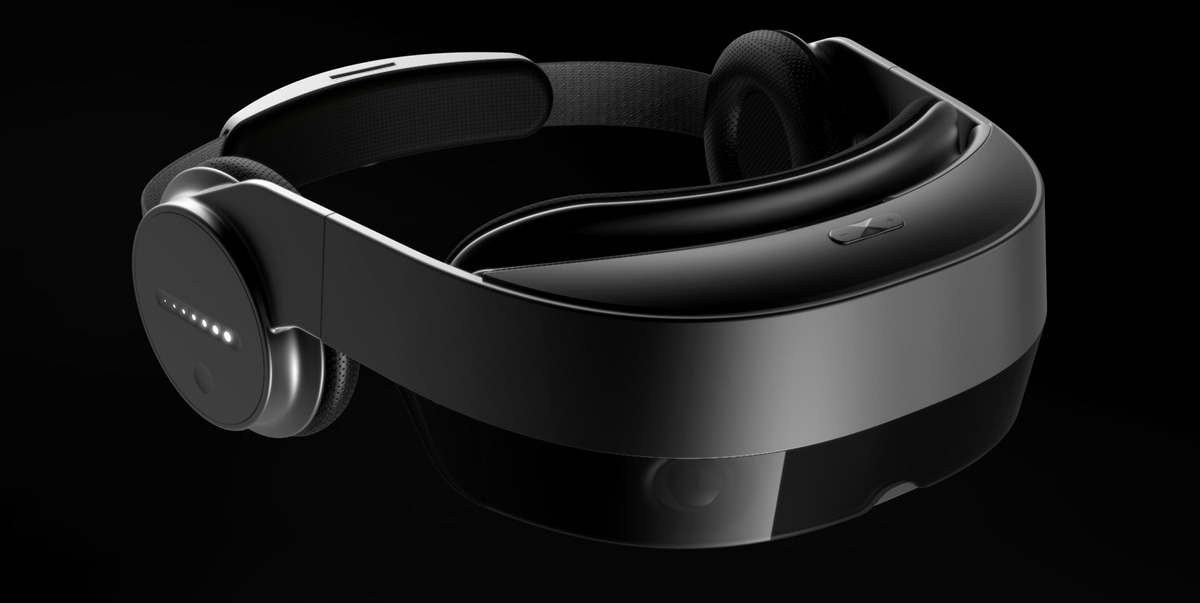 Back in 1996, StudioRed helped design one of the very first mass-produced VR systems for Virtuality. Fast forward 22 years, and virtual reality, augmented reality and mixed reality are part of a multibillion dollar industry. StudioRed took this opportunity to study and understand the current state of the industry and learn more about the VR user’s experience by studying painpoints and interaction points. 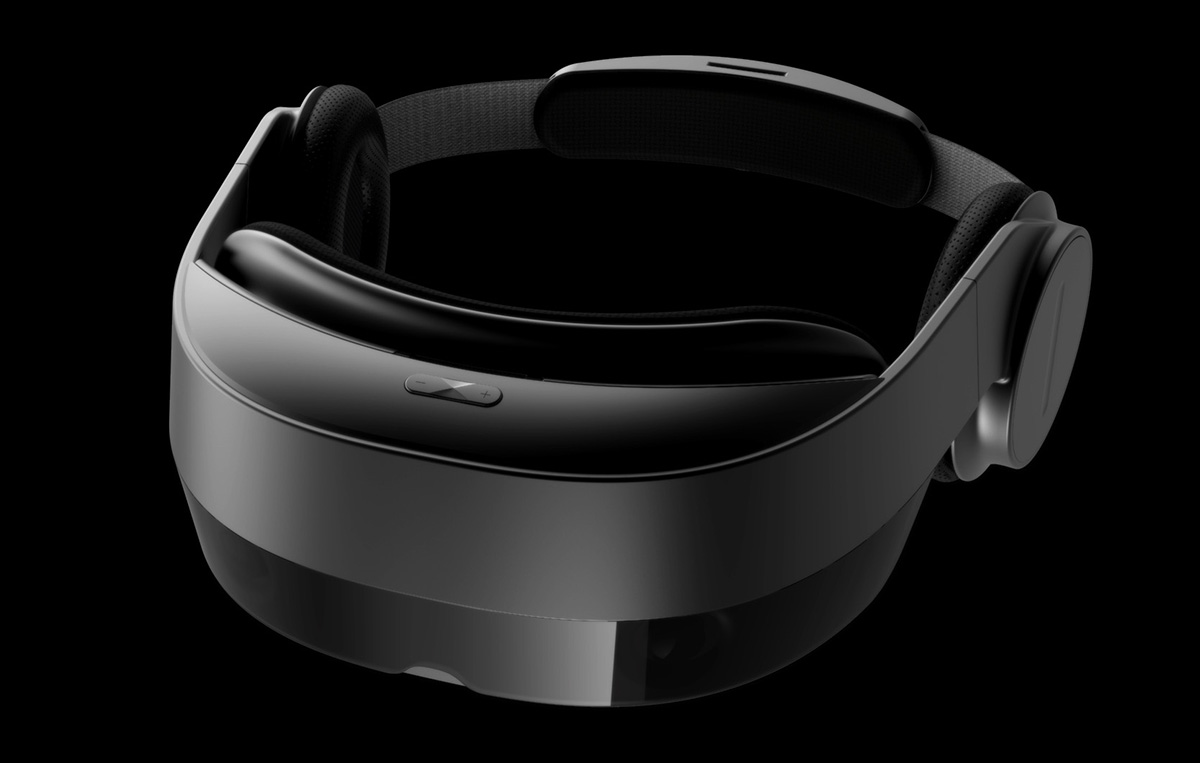 This headset was built around solving many of the current painpoints of virtual and augmented reality.

Back in 1996, StudioRed helped design one of the very first mass-produced VR systems for Virtuality.

One of the most important new features is the smartglass that this headset uses. Rather than just focusing on one “reality” (Virtual reality, Augmented reality, Mixed reality) this headset allows the user to use it for any of those applications. By turning the glass from clear to opaque, the headset can go from a mixed or augmented  reality (MR/AR) into complete virtual reality (VR).

“I feel that sound is half the experience”-George Lucas.

George Lucas, among many other industry experts believes that sound makes up at least half of the experience a user feels. Sound plays an important role in guiding us to another “reality”. When you look at horror movies or games, you know sound has a big impact on setting the stage, the atmosphere and the tone. If you played Super Mario Bros when you are growing up, you recognize the opening bars of the game immediately.   Sound allows us to connect more with the visuals.  Although sounds are as important as visuals, StudioRed noticed that within the VR industry, very few leaders were focusing as much on the sound as they were on the visuals. As a headset focused on the gaming industry, we felt this experience should focus heavily on the sound, while still staying current with the visuals.  We developed this form to show that the headset focuses on sound too. When you see this product, you know it focuses on the sound, for example the headset’s ear pad part extends for the comfort of each individual. 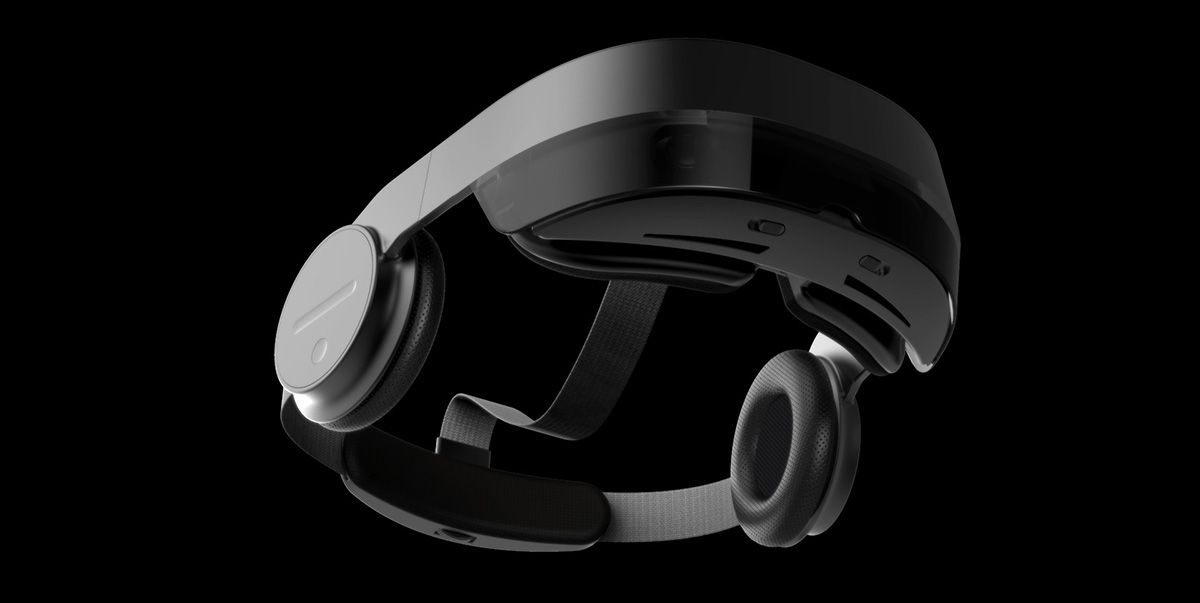 The users interaction points were our next main focus in this study. Many of the current solutions have unintuitive controls, leaving users fumbling around with their hands, and making the experience less enjoyable. Small ergonomic design cues were used to help lead the user through the interface in a more intuitive manner.  You can control or select by using touch pad on the headset’s ears.  You can swipe upwards and downwards for volume or visual control.  You can swipe forwards and backwards for turning the viewpoint and tap to select items. 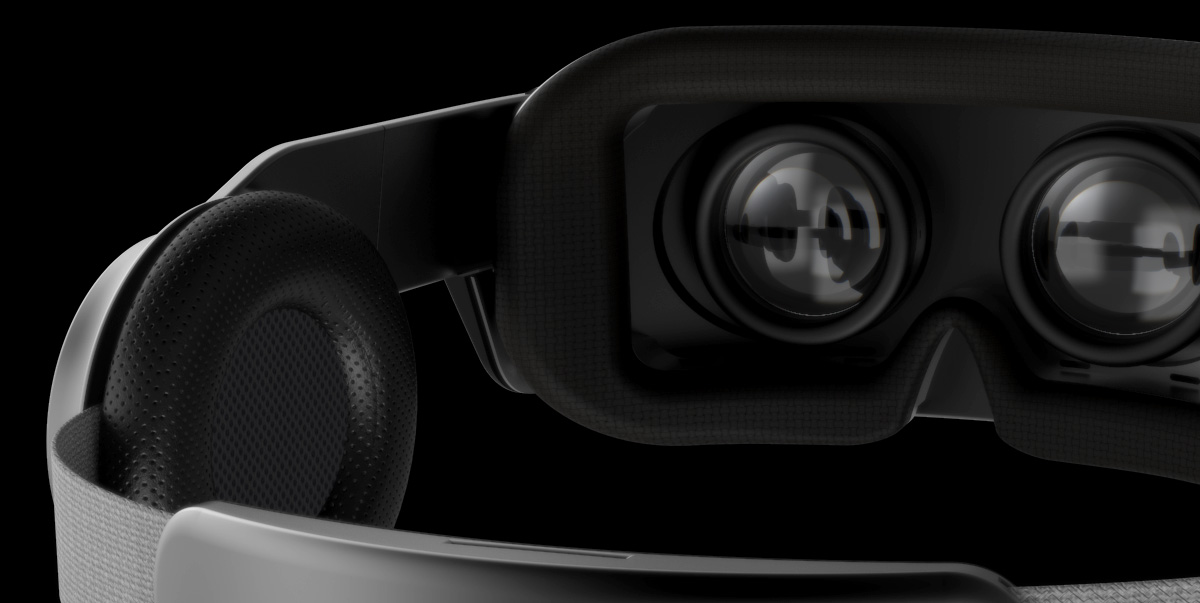 Finally, the bulkiness of current solutions was focused on. While the current solutions have the user wearing a huge form on their head, that are not particularly comfortable, or easy to wear, we wanted to create a solution that would be visually appealing, while still feeling minimalistic and smooth to the users face. We develop the form that follows natural curvature of the head so that people look more integrated with the device. On top of that, many users express the discomfort of the mask getting sweaty inside, so we allowed space for vents to cool the interior. 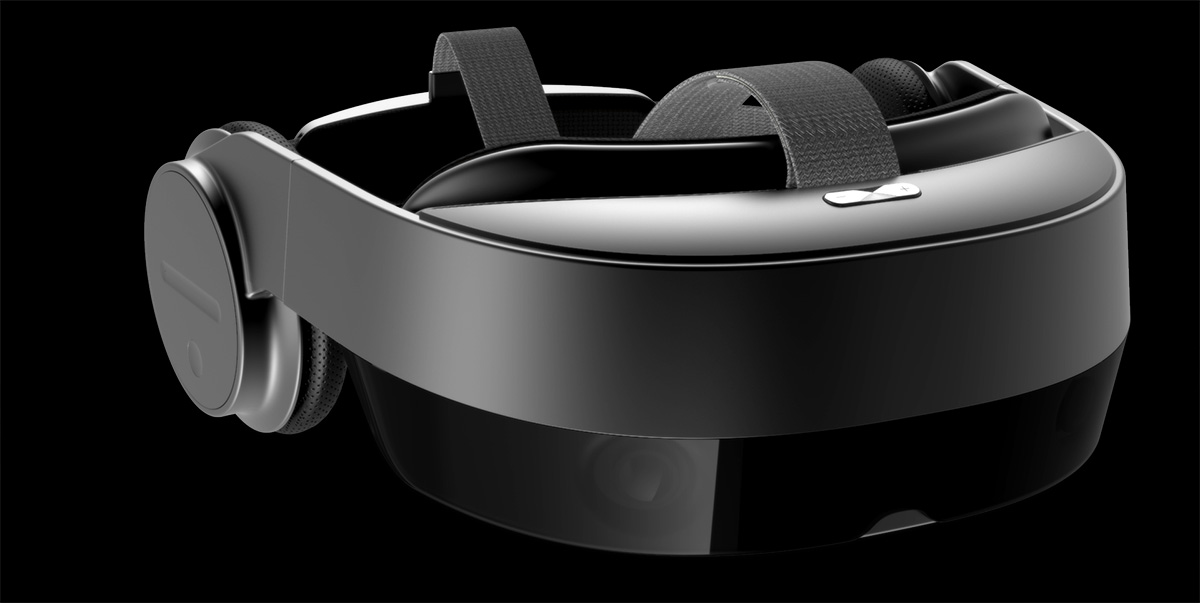 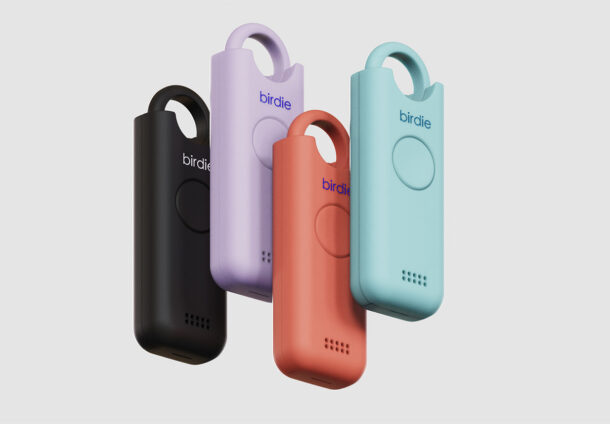